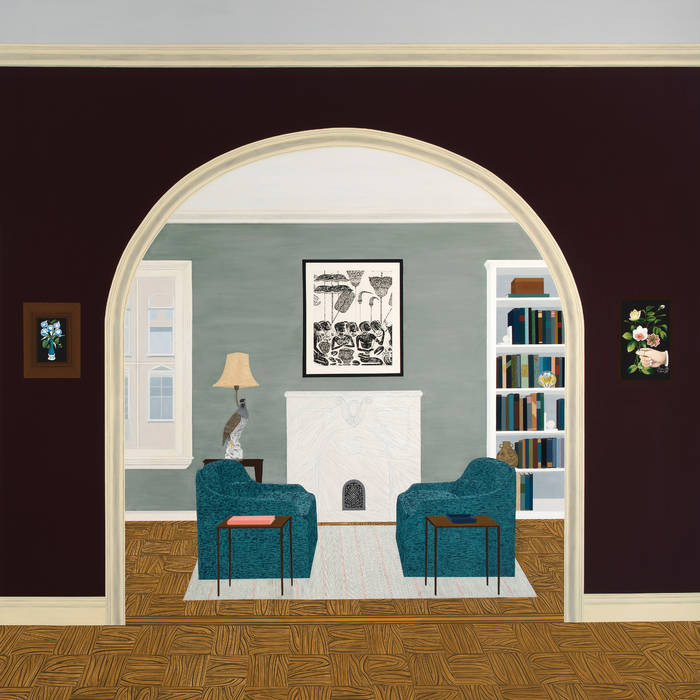 ommalik Mary Lattimore is totally blowing my mind and has been rocking my sound system in a big way. The music is so ethereal. It is creating an image of another time, and making me lose in imagination. What a talent.

Nicole D'Amato the harp music that comes from Mary Lattimore is divine.

"It was the most beautiful summer of my life."

Memories — places, vacancies, allusions — are fundamental characters in Mary Lattimore's evocative craft. Inside her music, wordless narratives, indefinite travelogues, and braided events skew into something enchantingly new. The Los Angeles-based harpist recorded her breakout 2016 album, At The Dam, during stops along a road trip across America, letting the serene landscapes of Joshua Tree and Marfa, Texas color her compositions. In 2017, she presented Collected Pieces, a tape compiling sounds from her past life in Philadelphia: odes to the east coast, burning motels, and beach town convenience stores. In 2018, from a restorative station — a redwood barn, nestled in the hills above San Francisco's Golden Gate Bridge — emanates Hundreds of Days, her second full-length LP with Ghostly International. The record sojourns between silences and speech, between microcosmic daily scenes and macrocosmic universal understandings, between being alien in promising new places and feeling torn from old native havens. It's an expansive new chapter in Lattimore's story, and an expression of mystified gratitude. A study in how ordinary components helix together to create an extraordinary world.

Awarded a residency at the Headlands Center for the Arts, Lattimore spent two summer months living with 15 fellow artists — writers, playwrights, musicians, poets, painters, activists, curators — in a cluster of old Victorian military buildings on the Northern Pacific Coast. Days offered solitude; Lattimore set up in a spacious barn, able to arrange her instruments at will. Nights welcomed new perspectives. "Hanging out with a lot of accomplished artists with poetic ways of looking at the world was really inspiring. My heart was in a bit of a tangle after leaving Philadelphia. I was holding onto things instead of moving forward. My time there was a nostalgia detox, a way to press reset in a healthy way. Also breathing in the freshest air in America, straight off of the ocean, felt good."

Throughout the shifting locales there is one consistent companion Lattimore engages: a 47-string Lyon and Healy harp. The instrument wires directly into her psyche. Pitchfork's Marc Masters posits, "she can practically talk through it at this point; she’s created a language." The space and stillness of the Headlands afforded Lattimore freedom to her expand her vocabulary, to stretch out and experiment with layers of keyboard, guitar, theremin, and grand piano. Lattimore's voice sweeps beneath the plucks and washes of opener “It Feels Like Floating,” enraptured by the winding current, and reappearing in the second minute of the immense "Never Saw Him Again." The track elevates towards a shimmering apex of static and percussion before organ drone yields to signature halcyon flutters. As with much of Lattimore's work, the track titles are telling; "Baltic Birch" is a somber windswept march that sways gracefully out of step, a remembrance of a recent trip to Latvia where she was struck by the abandoned resort towns along the Baltic Sea. “Hello From The Edge of The Earth” is an earnest reflection of Lattimore’s love of the natural world, recognizing the thresholds of varying terrains.

The album's fifth track borrows its name from Lattimore’s favorite line in Denis Johnson’s short story “Emergency” from Jesus’ Son. A character, lost in a blizzard, reassesses a disjointed universe, a clash between curtains of snow and angels descending out of a brilliant blue summer: it isn’t an apocalypse, it is a drive-in movie, with stars hovering above the lot, off the screen, in the throes of the Midwestern storm. This mix-up is disorienting and existentially tragic; Lattimore's darkly strummed piece is a melancholic parallel, mimicking Johnson’s elegant suture attaching two remarkably discontinuous spaces.

Micro-revelations, not quite as bright as torn skies but nonetheless enlightening, were everyday occurrences during Lattimore's residency. Living small days with small tasks — feeling little dramas within the arcadian universe of a national park — rendered her the sense that disjointed spaces can be interconnected no matter the enormity that divides them. It's in this elastic scale of perception that something as simultaneously simple and intricate as Hundreds of Days can flourish.

Mary Lattimore is a harpist living in Los Angeles.

Bandcamp Daily  your guide to the world of Bandcamp